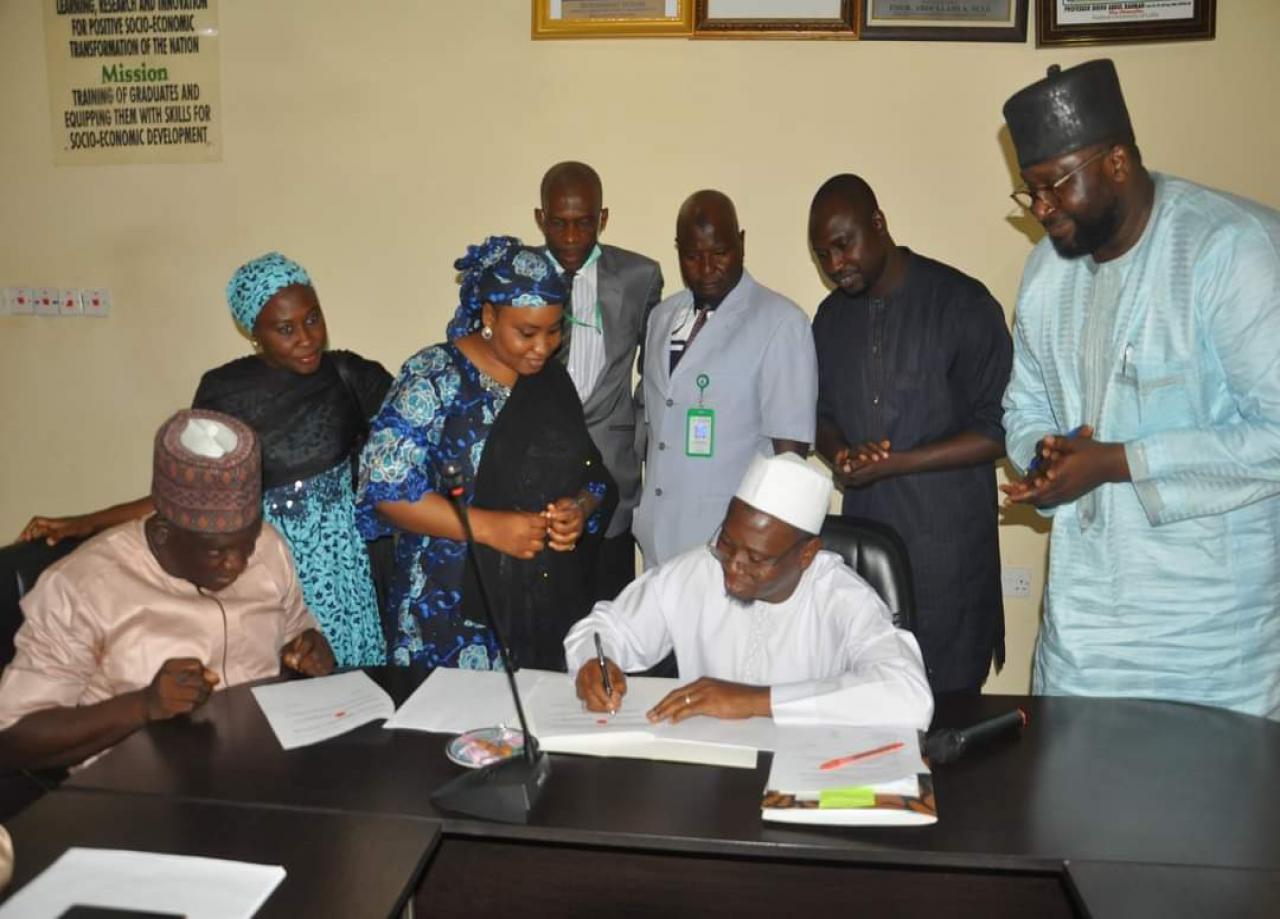 The Federal University of Lafia (FULafia) has signed a memorandum of understanding (MOU) with Castle Mart Hub (CMH) Limited for the establishment of a printing press in the University.

The Vice-Chancellor of FULafia, Prof. Shehu Abdul Rahman, and Chairman of Castle Mart Hub Limited, Alhaji Abubakar Muhammed, signed the document on behalf of their organisations.

The MOU calls on both parties to collaborate on mutually beneficial ground for printing and publishing jobs in the University.

The signing ceremony, which took place at the University Senate Chamber, was done in the presence of high ranking staff of the University and representatives of CMH.

Speaking, moments before the signing ceremony, the vice-chancellor expressed his appreciation to CMH for entering an agreement with the University, saying “I see the partnership as the beginning of better things to come.”

He said the main purpose of establishing the printing press was to cater for the challenges faced in the areas of printing, hoping that the partnership with CMH would lift the University to greater heights.

The vice-chancellor urged the deans, provost, directorates and heads of units to cooperate with the company to serve the University excellently.

"The partnership with the CMH is for us to have a very good relationship, Abdul Rahman said, adding: "Therefore, we should all cooperate to serve the University better."

In his remark, the Deputy Vice-Chancellor, Prof. Idris O. O. Amali, who commended Abdul Rahman for initiating and signing of the MOU, saying that some universities' printing press have failed to work because they were started "wrongly" by the authorities.

He challenged the company and FULafia Consult, the commercial arm of the University, to work hard to achieve the desired objectives.

The Registrar, Dr. Abubakar Mamuda, in his speech, commended the vice-chancellor for his foresight to establish the University press, saying: "I am happy to see this collaboration between FULafia Consult and CMH management and I do hope that this partnership will produce excellent results."

The Bursar, Mr. Wilson Daniel and the Head of Procurement Unit Mr. Isa Tukur, in their separate speeches, advised the company to be competive, pointing out that Public Private Partnership (PPP) encourages competition and denounces monopoly.

The Chairman of Castle Mart Hub Limited, Alhaji Abubakar Muhammed, who expressed his happiness in partnering with the University, hoped that the agreement would foster a stronger relationship "which will benefit both the institution and the CMH."

The chairman, while thanking the University for choosing to work with the CMH, said that the CMH would provide excellent services to FULafia, explaining that because of the company's good records, "our company is partnering with three universities on printing and publishing jobs."

The chairman was accompanied to the signing ceremony by the financial adviser of the company, Mr. Abdullahi Salau, and Mrs Balkisu I., the legal adviser.

Among the staff of FULafia present at the signing of the MOU were Dr. Abubakar Mamuda, Mr Daniel Wilson, Dr Abiodum Iyoro, the University Librarian, the deans, directors and heads of units.

The Federal University of Lafia (FULafia) was established in February 2011 by the Federal Government of Nigeria for the public benefit and it is recognized globally. Throughout our great history, FULafia has offered access to a wide range of academic opportunities. Read More 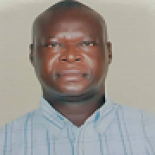 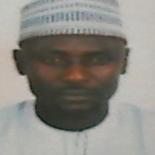 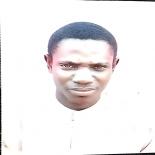